Sukau River is home to a diverse collection of species; thousands including some exotic, rare and endemic ones can be found within a lush space of the most amazing, most stunning natural habitat. It is probably the only place in Borneo where the wildlife is so accessible, that it often feels like an open safari when you are bound to bump into an animal at every turn. Greater chances of animal sightings happen during drier seasons, where you can spot pygmy Borneo elephants, orang utan , probocis monkeys, silver leaf monkeys, civet cats, snakes, estuarine crocodiles, otters, wildboars, Wallace's Hawk-Eagle, Jerdon's Baza, Violet Cuckoo and Blue-eared Kingfisher – just to name a few – in the wilderness.

Gomantong Bird’s Nest Cave - Described by the World Wildlife Fund (WWF) as ‘the best-managed edible bird’s nest cave in the world’, Gomantong Caves are a group of limestone caves situated at Gomantong Hill. Well-known for its highly-prized birds’ nests, the caves mainly consists of major two caves – Simud Hitam (Black Cave), where the less expensive ‘black’ nests can be found, which soars up to 90 metres high, and Simud Putih (White Cave), where the more expensive ‘white’ nests can be found. Some 27 species of bats can be found in these caves, and outside, exotic birds such as Kingfishers, Crested Serpent Eagles and Asian Fairy Bluebirds can easily be seen. 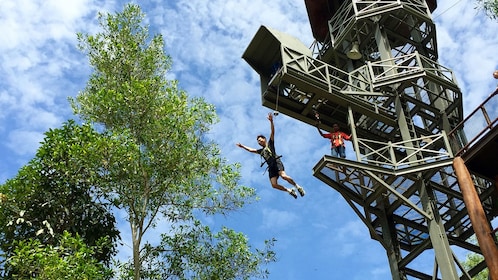 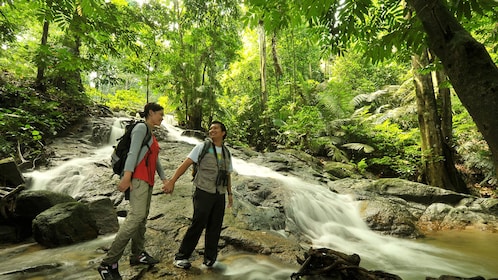